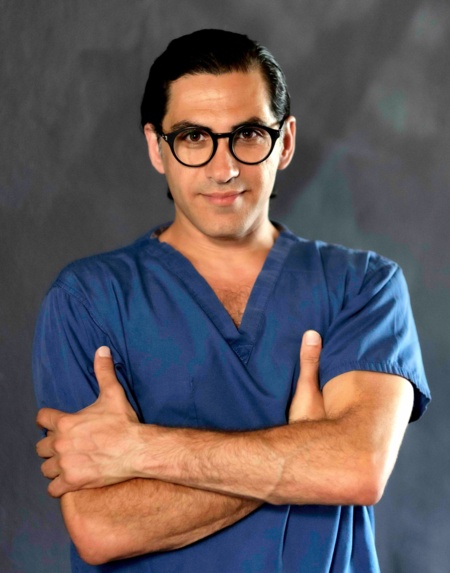 Mr Akram is a consultant neurosurgeon at the National Hospital for Neurology and Neurosurgery (UCLH) and the Unit of Functional Neurosurgery (UCL) in Queen Square. His scope of practice comprises brain and spine surgery.

Mr Akram completed his specialist neurosurgery training at the London School of Surgery (Heath Education England). He was awarded the Norman Dott Gold Medal for the highest mark in the FRCS exam (Royal College of Surgeons, 2012). As a trainee, he was awarded the Cutlers’ Surgical Prize (Royal College of Surgeons, 2010), one of the most prestigious annual prizes for original innovation in the design or application of surgical instruments. He completed clinical fellowships at the National Hospital for Neurology and Neurosurgery in Queen Square (UCLH), London and at the Barrow Neurological Institute in Phoenix, Arizona and was the recipient of the Marjorie Newsome Fellowship (Barrow Foundation, 2013).

Mr Akram is a regularly invited keynote speaker and lecturer at various national and international neurological and neurosurgical conferences. He is the Editor-in-chief of the World Society of Stereotactic and Functional Neurosurgery (WSSFNS) newsletter.

Areas of expertise and scope of practice

Mr Akram’s research interests are in advanced computational neuroimaging and connectomic neurosurgery. His PhD degree on ‘The Application of Advanced MRI connectivity in Functional Neurosurgery', awarded by UCL, received the Queen Square Symposium PhD Prize (2018). He has ongoing work to develop translational methods in MRI brain connectivity, in addition to his involvement in various clinical trials to improve the safety and efficacy of existing therapies, and explore new and emerging applications.

Mr Akram has over 100 published articles and book chapters. For a full list see: https://scholar.google.co.uk/citations?user=7Mel_kgAAAAJ&hl=en