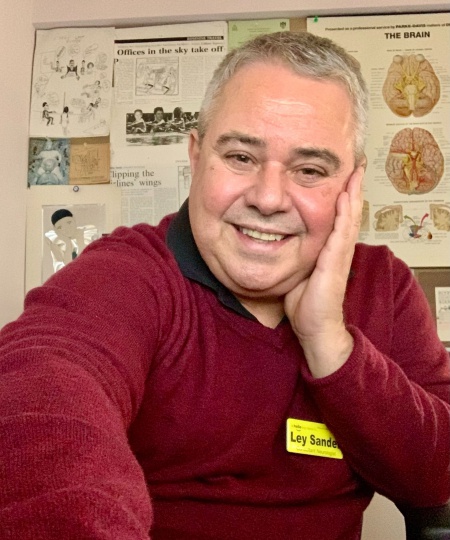 Ley Sander is a professor of neurology and head of the department of clinical & experimental epilepsy at UCL Queen Square Institute of Neurology. He is a consultant neurologist at the National Hospital for Neurology and Neurosurgery, with a specialist interest in epilepsy. In this role, he has approximately 1,200 people with epilepsy under his neurological care.

He is the medical director of the Chalfont Centre for Epilepsy and the R&D director of Stichting Epilepsie Instellingen Nederland (SEIN) in The Netherlands. He qualified in medicine at the University of Parana in Curitiba, Brazil and completed his specialist training in neurology at St Thomas Hospital and at the National Hospital for Neurology and Neurosurgery in London. He obtained his PhD in clinical neurosciences at the University of London.

Professor Sander is a member of the editorial board of the Lancet Neurology. He is an elected fellow of the Royal College of Physicians, a fellow of European Academy of Neurology and a member of several learned societies. He has obtained many postgraduate awards and prizes including the Research Recognition Award for Clinical Sciences from the American Epilepsy Society, the Innovation and Sustainability in Health Award, the BUPA Foundation Epidemiology Award, the European Gower's Prize, the ILAE/IBE Ambassador for Epilepsy Award and the Baldev Singh Award for Clinical Neurosciences from the Indian Academy of Neurology.

Ley Sander has consistently been ranked as one of the top epilepsy specialists in the world.

Professor Sander’s main research interests are in the epidemiology, genetics and co-morbidities of epilepsy, the management of chronic epilepsy and the delivery of epilepsy care in resource-poor settings.

Besides his research work in the UK and the Netherlands, he has also been involved in epilepsy research in many countries including China, India, the USA, Brazil, Ecuador, Kenya, Nigeria, Georgia, Bulgaria and Italy.

Professor Sander has more than 900 publications to his name, including original research articles, reviews, books and book chapters.

His h-index is 113. A full list of papers can be found at PubMed.